It's time to influence the course of our beloved project – Fedora Linux. Before 5th of December 2019 we have a chance to select people for:

So, go read candidate interviews at Community Blog, think about them and cast the vote at https://elections.fedoraproject.org/

Over few iterations, I've noticed that my choice is little influenced by the interviews; I put more weight to what I remember about individuals from the mailing list traffic. I mean mainly fedora-devel, although I follow -infrastructure and -server, too. That in turns means, I won't be voting for Haralds, Kevins and Johns juniors haunting those lists, no matter how awesome their interview may be. Abrasive people should be extinguished, not promoted.

There's a minority of people I know personally. Often I do respect their skills, so Zbigniew got my vote.

But over the last few elections, interviews gave me hints who not to vote for. Candidate putting too much weight on modularity raises a red flag, and quickly falls into “do not vote” bucket.

There's a lot to unpack why modularity was like a sand thrown into Fedora's gears. Mailing list threads reached Debian's proportions, overshadowing discussions we had when we were considering systemd. Hard to read them all. Here's a shortcut – go read excellent Fedora's modularity mess at LWN.net. This summary is prime example of LWN's high writing standard. I urge you to pay for subscription to LWN – it's really worth it. 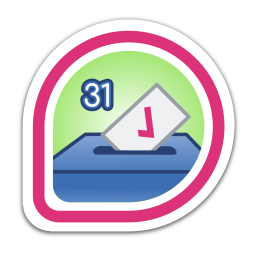